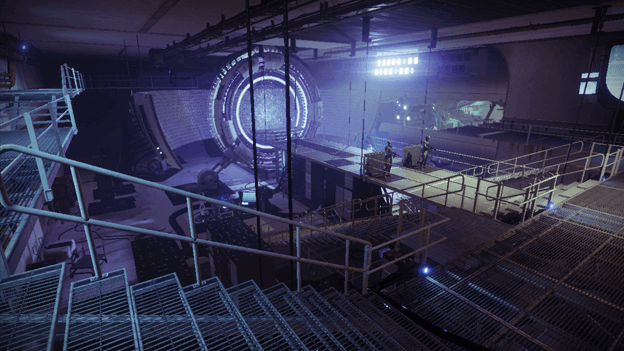 This guide will help you on your way to completing the Wayfinder’s Voyage Quest in Destiny 2. The quest is a seasonal event that happens every year and rewards players with an exclusive emblem for their character.

The destiny 2 wayfinder voyage step 2 is a quest that players can start in Destiny 2. It starts with the player being tasked to find a lost explorer, who has been missing for some time.

When it was discovered that Osiris was not who everyone believed he was, a new route was put in action, one that included assisting Savathun.

Savathun claims to be a Witch Queen who is being pursued by her sister Xivu Arath on behalf of someone else, implying that there is more to the rivalry than meets the eye.

Mara Sov has promised to assist Savathun in exchange for Osiris’ return, but not everyone thinks this is a good idea.

Using the Wayfinder’s Compass as a guide, you will take part in events that will change the destiny of those who remain after the aftermath during the seasonal quest.

Also, check out the other Season of the Lost Update guides below:

Steps in the Quest 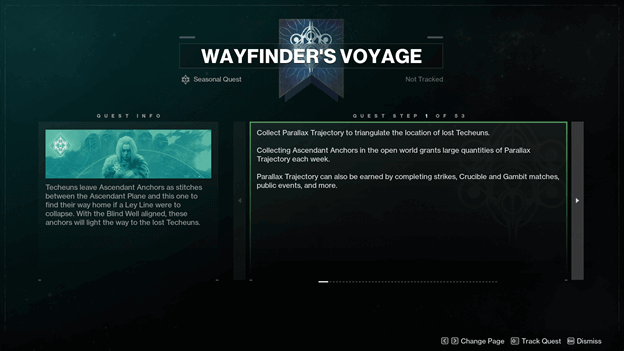 Step 1: Go to the EDZ’s Trostland and gather Parallax Trajectory.

The first thing you’ll need to accomplish is gather Parallax Trajectory, a new resource added in Season of the Lost in Destiny 2.

While one of the goals of this phase is to visit the EDZ and the other is to gather Parallax Trajectory, it is not essential to limit yourself to the EDZ.

Participate in Strikes, Gambit, and Crucible matches, as well as public events, to earn Parallax Trajectory.

Step 2: Use the H.E.L.M. map to locate and rescue a lost Techeun’s Ley Line in the Shattered Realm.

You’ll have to go to a Shattered Realm (Forest of Echoes) and rescue Tacheun, who will be near the conclusion of the quest.

This will transport you to an ascending plane where you must align numerous beacons in order to display the correct route and reach the Tacheun.

You’ll need to return to H.E.L.M. to improve the Wayfinder’s Compass, which will allow you to use the Barrier ability.

You will be able to remove barriers in the Shattered Realms after upgrading the Wayfinder’s Compass with the Barrier ability, enabling you to solve Trivial Mysteries.

Step 4: Go to Mara’s Chambers and speak with Savathun.

After you’ve made some attempts to achieve your objectives, Savathun will want to talk with you, which will lead to her telling you about her history.

A lot will be revealed about how Savathun has been meddling with and changing events at this point.

Step 5: Go to the Tower Bazaar and speak with Ikora Rey.

Your next mission is to go to the Tower and meet with Ikora Rey, who will share her views on Osiris.

You will have a brief chat with Ikora Rey before she sends you out to continue taking point with the Awoken alongside The Crow.

Following your conversation with Ikora Rey, you will be able to participate in additional Season of the Lost activities.

It’s ideal if you plan, farm, and engage in Season 15 activities now so that you may improve and advance farther with the seasonal quest later.

It’s a good idea to take up bounties now and then to earn additional prizes while concentrating on other chores while focused on Season 15 and the seasonal quest. 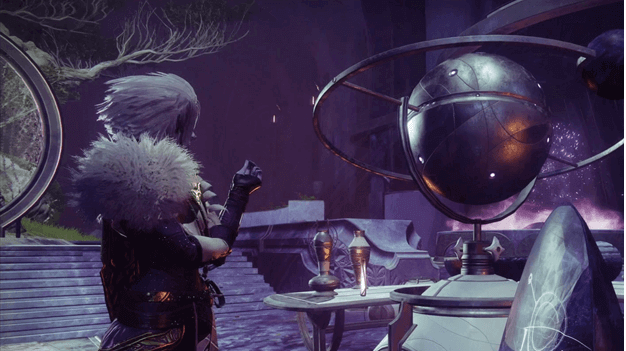 Season 15 of The Lost seems to have a clear link to the forthcoming Witch Queen DLC, which has everyone interested in seeing how the narrative unfolds.

The Wayfinder’s Compass is a more active artifact that may alter what players can accomplish in the Shattered Realm and provides additional benefits to players.

Every week, a new update to the Wayfinder’s Voyage Seasonal Quest will be released, allowing players to continue advancing and upgrading the artifact.

Destiny 2’s Wayfinder’s Voyage is a seasonal quest that can be completed during the game’s Year One. This walkthrough will guide you through the steps of completing this quest. Reference: destiny 2 astral alignment.

Teemo’s Best Skins in League of Legends (All Ranked) – 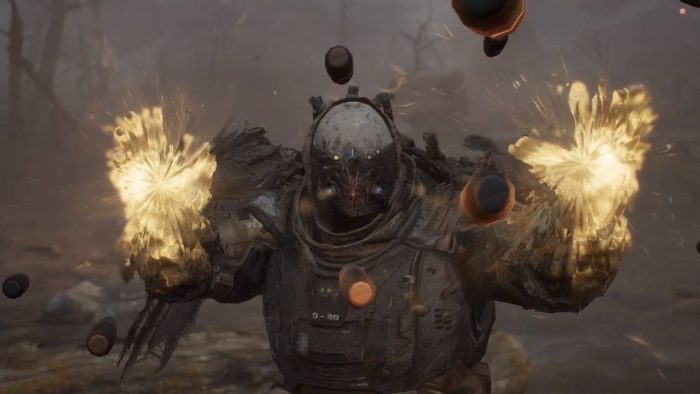