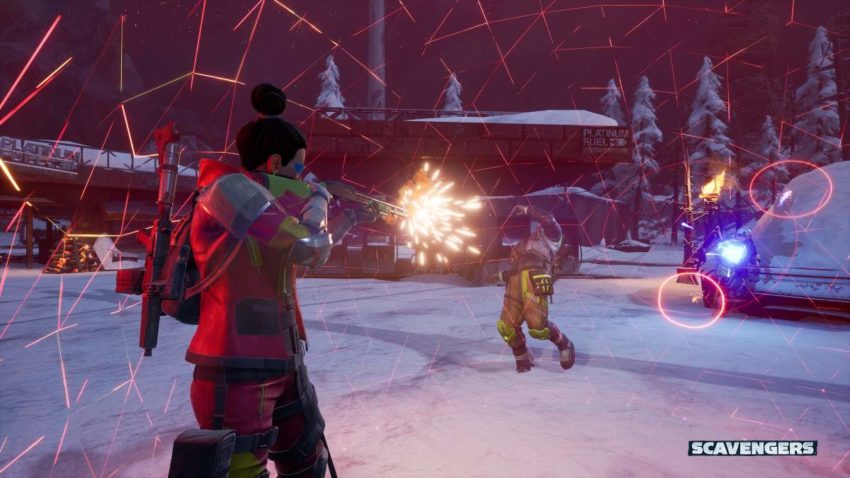 Scavengers is a stealth and detection based online multiplayer game, where the players are pitted against each other in a battle for survival. Being the last one alive is the ultimate goal of the game. However, this is no easy feat since you will be competing against other players. In order to win, you need to learn how to track and engage other players.

Becoming a scavenger in scavengers is a great way to start playing scavengers, since you’ll be able to find all the equipment you’ll need to become a stronger player in scavengers. But, becoming a good scavenger requires a great deal of knowledge and skill, especially when it comes to effectively using a scavenger’s stealth capabilities to track and engage other players.

In Scavengers, the system of information warfare is built into the core of the game. Every game in the Battle Royale genre has some version of this principle, but none of them go this far. In this guide, we’ll cover the game’s stealth, detection, and map-detection mechanisms to help you track down enemies in the frozen wasteland of Scavengers and avoid being hunted yourself.

As with any battle royale game, you can hear gunfire from a distance. Scavengers goes one step further: Whenever you fire a weapon in an open area, you will be temporarily marked with a red dot on the minimap of every enemy player nearby. When a sniper weapon is pointed at an enemy, a highly visible glow also appears in the crosshairs that the enemy can see when looking in your direction. Unfortunately, enemies with artificial intelligence follow the same rules, so the mere appearance of red dots or the blinding of a sniper doesn’t necessarily indicate the presence of a player.

To prevent enemies from noticing your presence, you can use melee weapons and bows in combat, as well as touchdowns to take down explorers. However, it’s not enough to use silent tactics to hide. All players passively generate a sonar-like pulse that shows up on your mini-map. When the sweep is over an enemy moving in open terrain, it is briefly marked with a red dot.

If you really want to stay invisible, you usually have to sacrifice your mobility or safety. Scouts do not appear on enemy radar when they slide, duck or stand still. They are also imperceptible indoors or during thunderstorms; thunderstorms even mask the sound of gunshots. Some stealth-oriented directing skills also help you stay out of your opponent’s sight.

To avoid accidentally betraying your team’s location, you must use your skills indoors. With the exception of Kali’s active camouflage, all of Conductor’s abilities create glowing particles that can be seen from a great distance. Also avoid using cars: they are noisy and the players in them cannot use their radar. The cars also need to be repaired before they can be driven, making them a poor choice overall.

Enemy players can find your group even if they can’t see or hear you. All they have to do is check their card from time to time. If the number of entries decreases slowly or if the target marker suddenly disappears, it means that the players are already there. Since it’s almost impossible to win a scavenger match without constantly farming, you should expect an attack every time you come into contact with a target.

With this information you can find enemy units and attack them according to your terms. You can follow them until they encounter another team, and jump on them in third person. You can also attack them immediately before they have time to see you. Whatever you do, always keep your weapon handy when you’re getting ready to fight. Movement speed in Scavengers is slow, and although weapons reduce movement speed – some more than others – the ability to fire the first shot is worth it.

If your career is in a complex, remember that most buildings and facilities only have one or two entrances. Follow the small door icon to find the main entrance, or use a secondary access point, which is usually a crack in the wall or an obstacle to climb.

Here’s one last tip to start the fight: Enemy scouts glow with the color of their shields. Players who use green or blue shields in the middle or late game have probably chosen to buy powerful weapons rather than improve their defenses. If possible, prioritize them, as destroying them first will disadvantage their teammates.